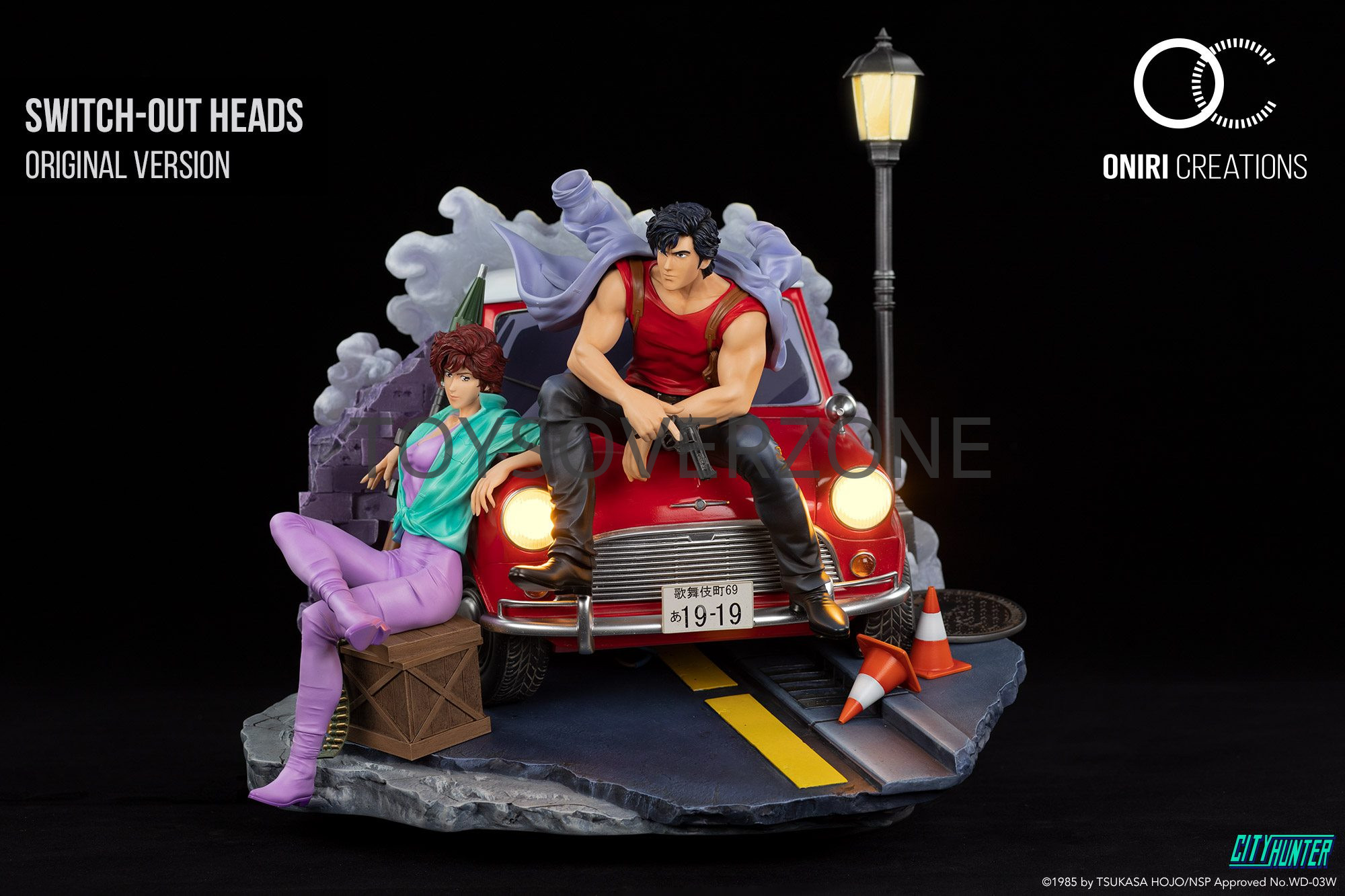 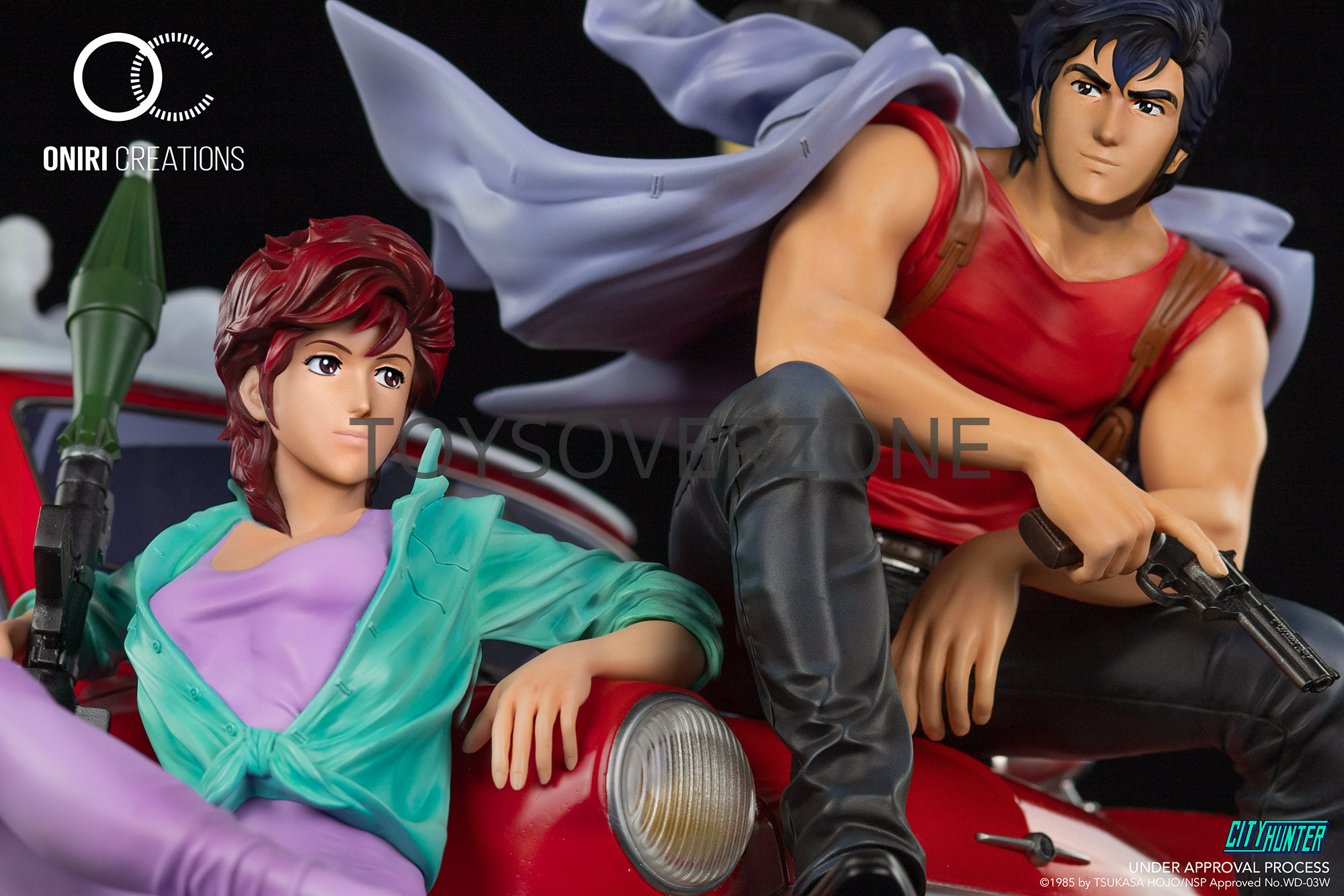 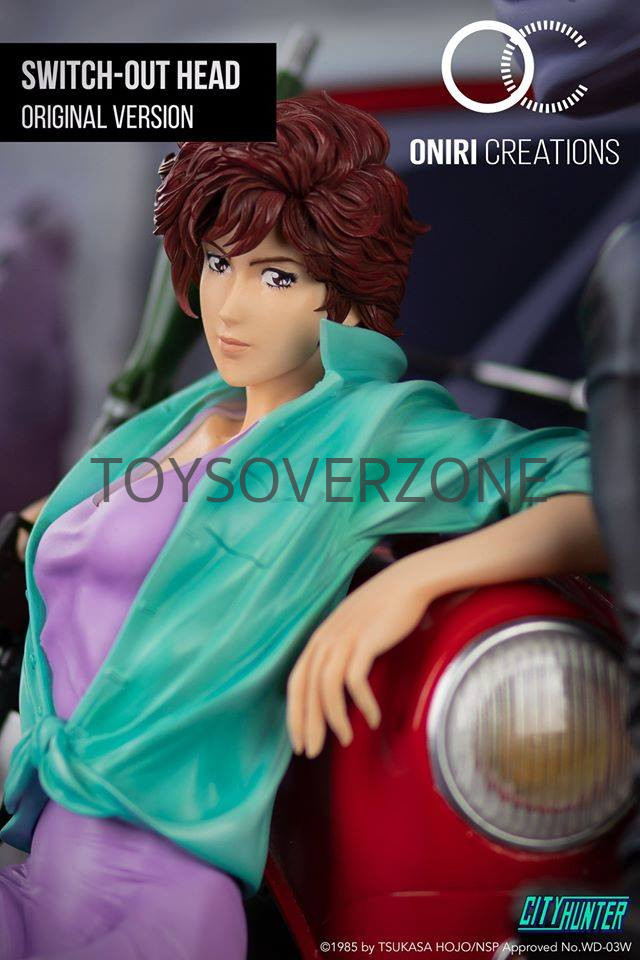 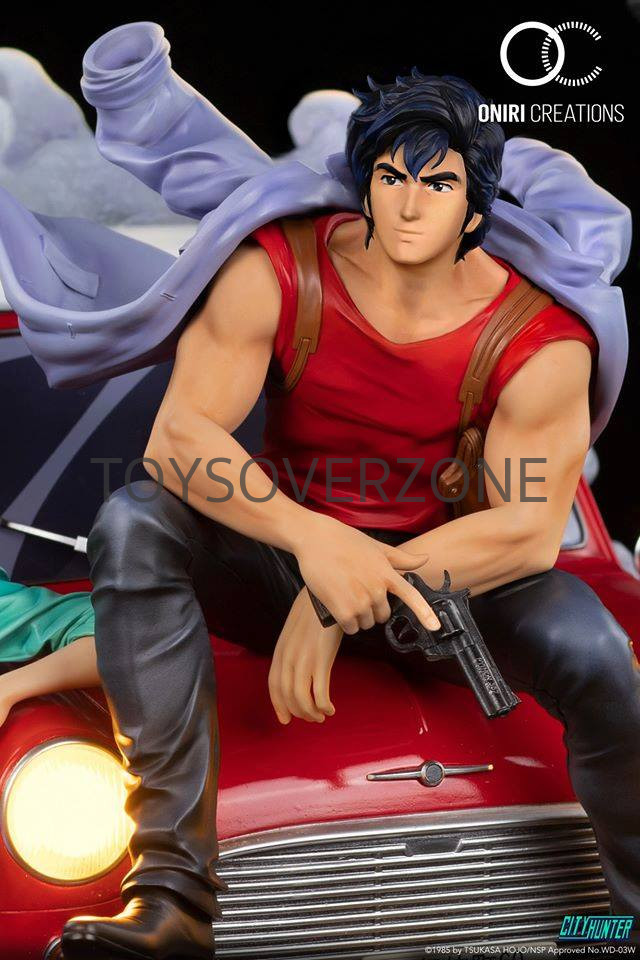 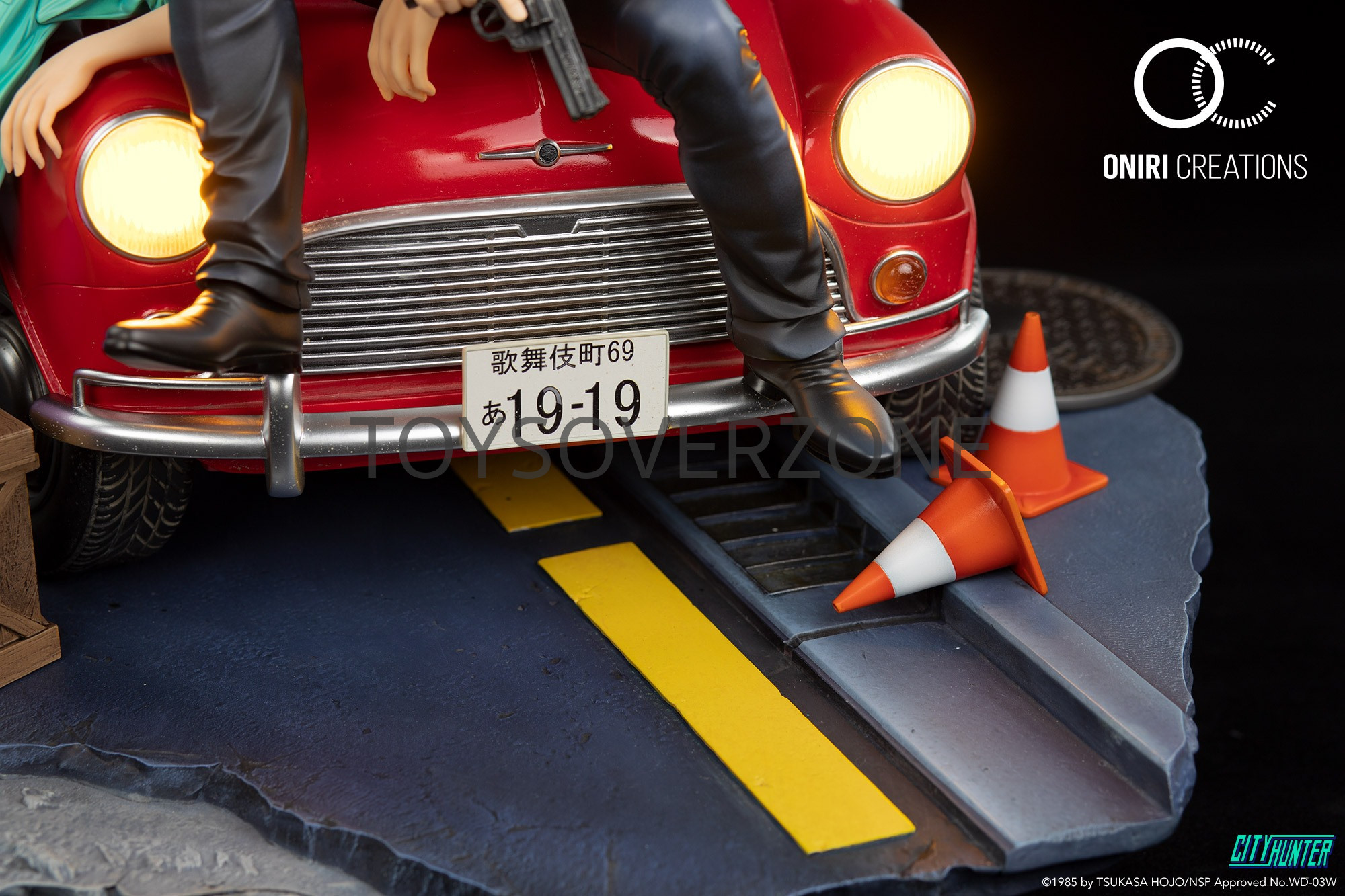 Following Cobra and Harlock, Tsukasa Hojo's City Hunter is next in our line up of vintage classics.

Teaming up with his loyal partner Kaori, Ryo Saeba is a Shinjuku-based hitman. Should you like to hire him for his services and unique skills, just write XYZ on the message board at the train station.

Both characters are here depicted with the iconic Mini Cooper, following what looks like a very explosive and fun gunfight. It was very important to us to incorporate as many éléments as we could that truly capture the essence of the manga. Guns of course, the legendary 100 ton hammer, the bird from the logo sculpted on the sewer manhole, XYZ engraved on the street lamp, and a touch of sex of course with a poster from the local peep show !

Ryo casually sitting on the hood with his jacket to the wind shows just how fearless our hero is. Proudly packing his trusted .357 Magnum, his enemies had better watch out for the city hunter !
Equipped with a rocket launcher and sitting on a box of ammunition, Kaori shows that she is not to be messed with either.

The Mini Cooper is definitely a memorable part of the manga and can be seen here as a third character in itself. Riddled with bullets, a flat tire, such damage telling the story of the scene that just happened. The lights are equipped with LEDs and make for an amazing light-up feature. The street lamp lights up as well.

As usual with Oniri, the skin parts were cast in a semi-translucent resin offering a deeper sense of realism, and giving life to the characters. The same kind of resin was used for the smoke parts, as we find the effect much better than when using opaque resin.

While this is the Manga licence, we felt we just had to add 2 extra heads based on the anime. The manga headsculpts were supervised by Tsukasa Hojo himself.